Cheapest Tweak you can do to your CD player

What is the cheapest tweak you can do to your CD
player?

One that results in so big an improvement that you
don’t even have to “try to hear the difference”?

Better still, how much does this tweak cost? How
about FREE? Yeah, in this ‘audiophiles-are-suckers’ world, here’s better sound
for FREE!

Okay, I did this on my Marantz CD63 so I’ll talk
about it here.

First, you have to locate these transistors. Open
up your CD63, and locate the HDAM module. This is very easy to locate as it’s
copper-shielded. From the HDAM module to the RCA jacks, the PCB trace goes
through some capacitors (some Elnas, they function as DC blocking) and 2
transistors per channel. They are marked QN05, 06, 07 & 08.

From here, there are 2 ways you can go about this.

With a pair of wire-cutters,
cut out the leads of these transistors. Be forewarned! There’s no turning back
here! After you have cut them out, that’s it!

Open up the player. Then push
out the slider mechanism, remove those teeny wires (be extra careful with the
ribbon cable) attached to the PCB-transport assembly, unscrew all the attendant
screws, and then slowly take out the PCB. Locate the transistors as above.Desolder them with a wick or
desoldering gun. The idea of doing this sensibly is so that, if you don’t
like the resultant sound, you can still revert back to “unmodified”.

Play music as you normally do and be astonished by
the higher gain, airier and weightier sound you are going to get. There seems to
be less “inhibitions” I hear. Wow!

By the way, I found out this tweak as a matter of
coincidence. My CD63 was giving out harsh sound. It’s actually distorting. So I
asked “DIY guru” VT4C as to what could cause this and he suggested
removing the output muting transistors. Well, you know the rest!

BUT there is no free lunch!

The muting transistors serve a purpose. When no
music is playing, when the micro-controllers are busy with themselves, sometimes
some creepy noise will leak out. You don’t hear them on stock CD players as the
output muting transistors work as they describe. They mute out such rubbish.
After this tweak, you might hear these weird noises. This is perfectly OKAY. If
this bothers you, then put back the muting transistors or carefully wire in a
relay, but this is best left to someone with some electrical expertise.

If like me, you are a purist, and don’t want to
add anything in there (actually I’m just lazy), you can live by with just a
change of habit.

After this tweak, whenever I power off my CD player
before my amp, I get kind a short burst of noise. Well, the change of habit is
in turning down the volume pot down FIRST before powering off the CD player. OR
you could power off your amp first.

Minor inconvenience for much better sound. You
take your pick.

Can I go further?

Sure you can go further by removing the dc
blocking capacitors. These capacitors are located just in front of the muting
transistors, if you track the PCB trace from HDAM module to output jack. They
are labelled C655-658. These are wired back-to-back. Some
folks have measured a DC only ~2-3mV. So low it wouldn’t hurt right? That said,
I haven’t tried this yet, so I can’t comment further.

If you feel like splurging, you can replace
this capacitor with something better. A friend tried Black Gates and liked it
better than any plastic cap. 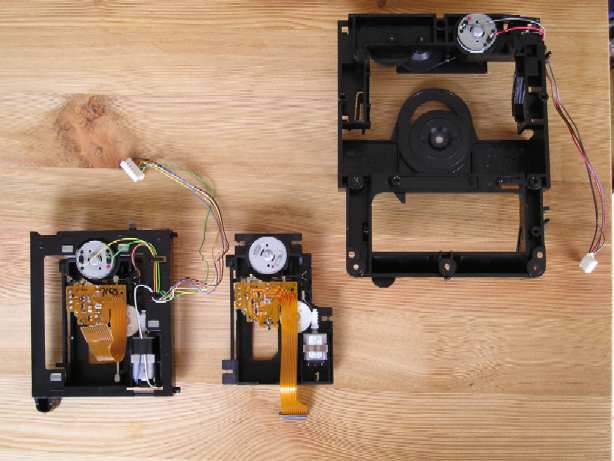