Finally! The inaugural DIYERs Meet Up here in Sunny Penang! 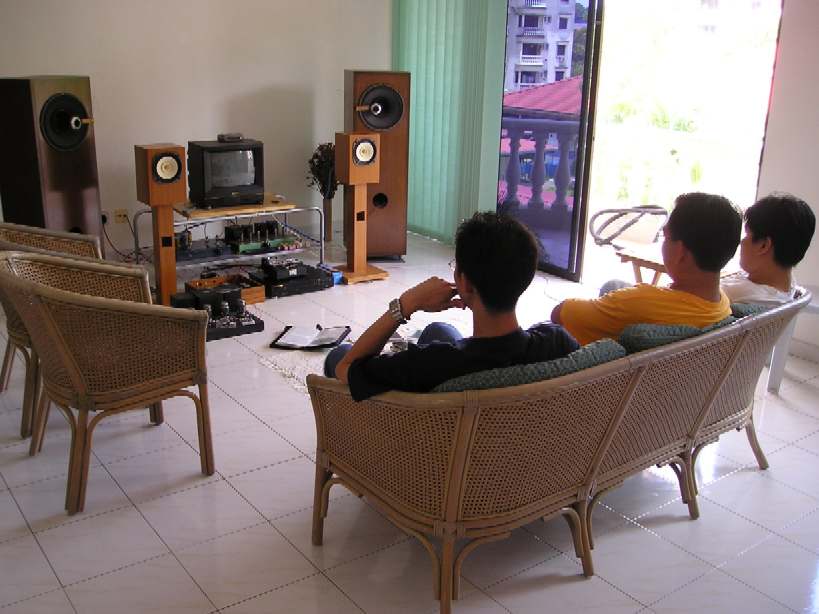 Wednesday night, I received an email from Diyer Steven asking whether I’ll be around this Saturday as CY Liew and him will be visiting. Of course! I said, and then wondered, why not make it a Diyer gathering? And this is what transpired…


As you can see, Steven brought his Fostex FE167E, built as recommended here. Thank God they remembered to bring some CAT5 speaker cables, as poor me only have one pair of speaker cables. And they are soldered on to the crossover of my Hammer Dynamics.

This is a first visit for CY Liew and, not to be outdone by Steven, he brought his 8xTDA1543 non-oversampling (Damn Evil, Has No Right To Sound So Good) DAC here. And he was thoughtful enough to bring his digital interconnect! Such nice guys! 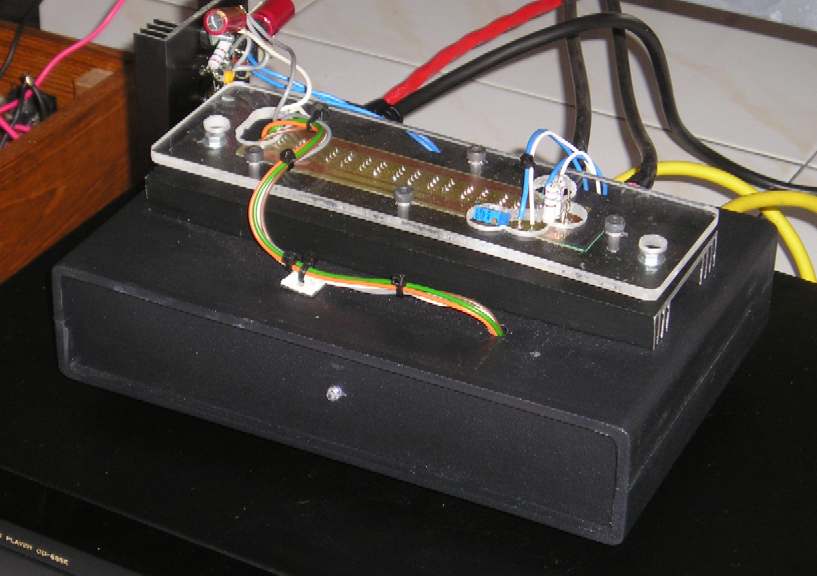 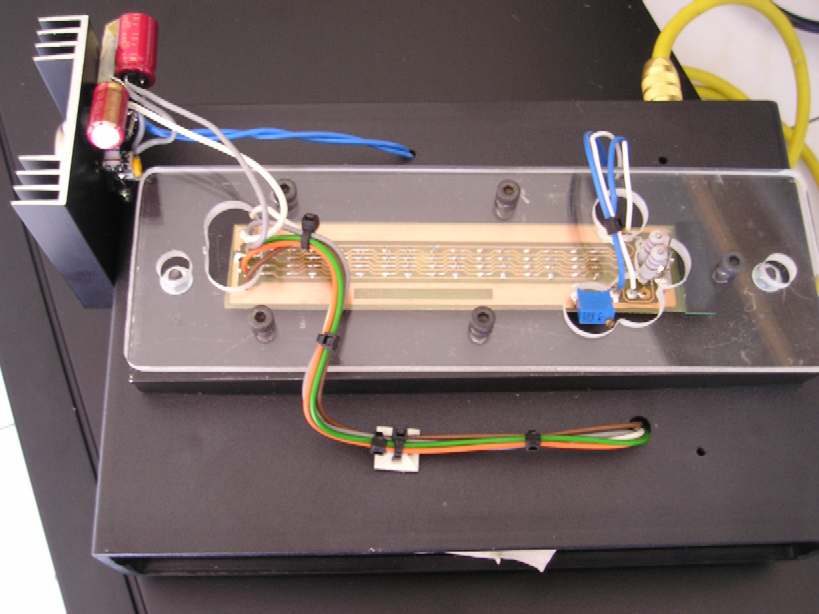 I like his PCB for the 8pcs of TDA1543. Note that macho heatsink underneath. 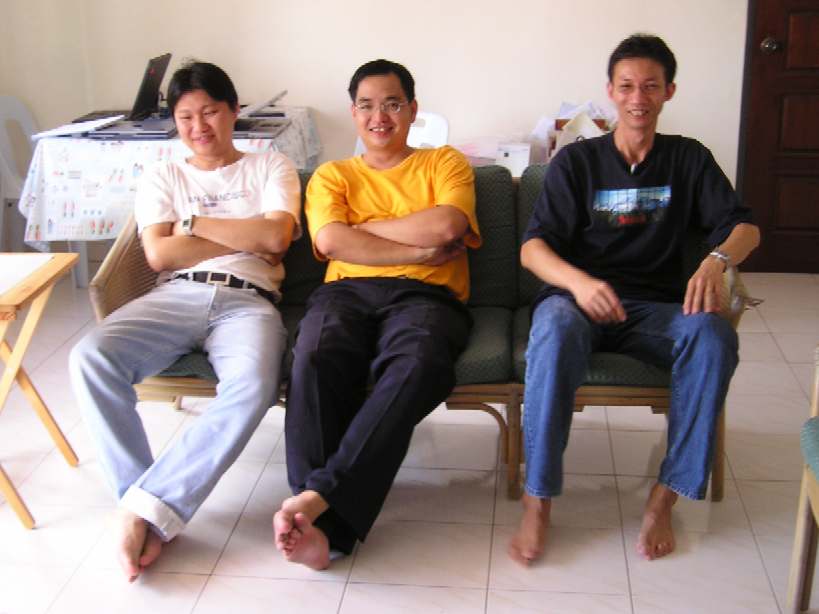 The 3 Musketeers. L to R: Ooi (also first time visit), Liew and Steven. Actually there’s a Fourth Musketeer, err I mean DIYer, Ch’ng, but he left before I went shutter-happy. As you can see, these macho men are more comfortable letting some solder fumes take them away, rather than being caught on celluloid. Come to think about it, most DIYers don’t feel at ease being photographed. I think their motto is “let the tubes take the limelight but not me!”.


First off, we began by… me showing off. Everyone got “acquainted” with my system before we started trying things out. We began by trying CY Liew’s DAC. Since I can’t access the SPDIF output from my CDPRO2 (I accidentally destroyed those darn connectors), the old workhorse, the Marantz CD63, has to be called in for transport duties. Well, I’m also using 8xTDA1543 so sonics wise, not much different though the difference in transport mechanism could be heard. My DAC is also battery powered now, so we could hear the (ill) effects of not using batteries. In short, the highs are nowhere as clean and clear, and voices are not as natural. So go batteries, go!

Then, we had more fun! Disconnected the Hammers and wired in the tiny Fostex speakers. The touch of perspex at the speaker binding post lends it an air of sophistication. In DIY Paradise, let only Yours Truly hog the Horrible Craftsmanship award. I intentionally build my stuffs to look so bad so that anyone (you, you, you) can be inspired to do better. (Ha! Ha!) 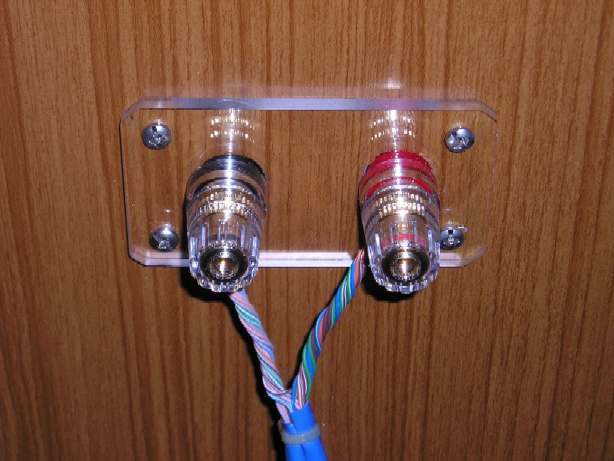 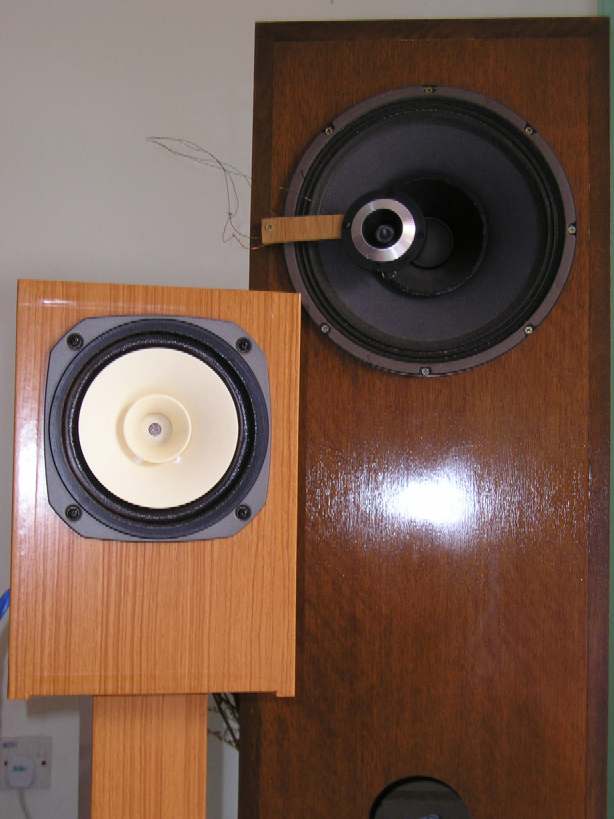 David vs Goliath! But only in size. Did David slay Goliath? Not really… but it really gave Goliath a run for its money. The Fostex as expected, didn’t put out as much bass as the much bigger Hammers. If you were expecting otherwise, I will tighten the screws on your head! Bass duty from the Hammers is handled by a twelve-incher, while the Fostex unit is only six and a half. I think a look at the enclosure already tells you more than enough.


But bass it not all there is to music. The Fostex not only managed to make beautiful music, it also did so with aplomb. Personally, the Hammers better it in a few areas but the Fostex at almost 3x cheaper, doesn’t even reveal its 3 times lesser price tag. To me, THIS IS CLASS!

All in all, it has been a wonderful afternoon. Not only we finally put some faces to those names, we also learned that there is more to DIY audio than just letting Diana Krall/Norah Jones/Jennifer Warnes/Etc wank you off with their latest and greatest. There’s a community out there and it’s more satisfying and fulfilling to be out there with them. Though this time I played host and didn’t need to take a single step outside but there’s always next time!

So you DIYERS out there! Get off your butt! Call/E-mail your DIY buddies in your neighbourhood and Meet Up! 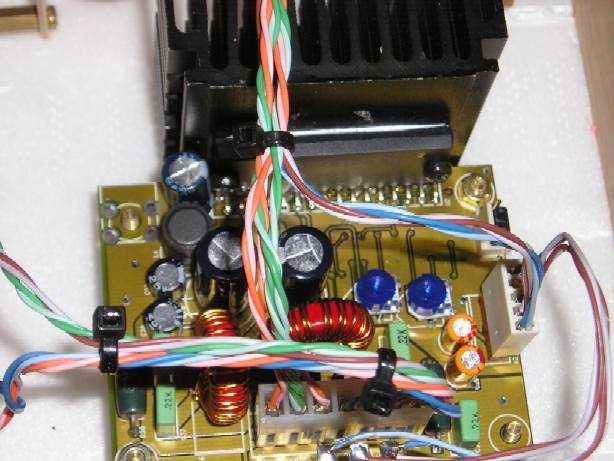