A few months ago I reported on the results of some comparisons Denise and I had made between batteries of different sizes and between a large battery and a good quality PSU (see ‘Batteries and PSUs’). I mentioned then that we were considering buying a 500AH battery bank. We recently did, and we were keen to see how the new battery bank performed against our existing Trojan J185G. The fairly hefty Trojan had outperformed a standard car battery and we expected that an even heftier battery bank would either outperform the Trojan or produce no audible difference. However, read on!

The Trojan J185G is a deep cycle 12V battery rated at 140AH for 5 hours. Our new battery bank comprises six Century Yuasa VCI8C 2V cells linked by lengths of 30mm X 6.5mm thick copper bus bar. The cells are clustered (2 X 3) so as to keep the buses as short as possible. These cells are rated at around 600AH (5 hours).

We began our tests by running everything from the new battery bank: i.e. an inverter to provide 240V for our Rega Planet 2000, a VTL Super Deluxe preamp and a VTL 90/90 power amp; and a direct feed from the battery bank to our Monica. Our ‘test disk’ was our usual: Simon and Garfunkel’s ‘Old Friends: Live On Stage (2005)’. The presentation had the same slam as usual, but compared with our memory of how the system had sounded only two nights before – on the Trojan – it sounded hard and aggressive, though clean and detailed.

On the fourth listening evening we bit the bullet. During the day (a Sunday) I’d connected our Monica to the Trojan, leaving the rest of the system to be powered by the new battery bank – from now on I’ll call it ‘the Century’. Denise deliberately didn’t know whether Monica was connected to the Trojan or the Century, though she did know that the 240V supply would come from the new arrival.

Before these tests I was hoping to hear, at worst, no difference between the two power sources. I certainly didn’t want the Trojan to outperform the new battery bank: the whole idea was to obtain a longer-lasting power supply and, as a bonus, to sell the Trojan to offset some of the cost of the changeover. Just before we began this phase of our tests Denise confided that she, too, was hoping to hear no difference.

However there was no way we could avoid the facts. Though our words were sometimes different, our opinion was the same. Fed by the Trojan our Monica returned to what we were used to; the hardness, the clinical ‘dryness’, the ‘CD’ edge of the music disappeared.


For the sake of completeness Denise and I then compared the Trojan with the Century as a source for our inverter-generated 240V supply, with Monica taking her power consistently from the Trojan. Here the differences were more subtle, and there was no clear winner. The Trojan offered a more mellow sound, with a slightly rolled off top end; the Century offered a sound that was more detailed and had a little more air and transparency, and which, probably as a result of that, conveyed the ambience of the performance a little more convincingly. Denise and I agreed that the Trojan would be kinder to hard, ‘edgy’ CDs, whereas the Century would be the winner with top quality sources. On balance, on the night of our tests, I preferred the Century; for Denise it was a dead heat. The bottom line, however, is that, even going through an inverter, these batteries didn’t produce the same sound.

Putting it all together, I believe we have to revise our earlier conclusion (in ‘Batteries and PSUs’). When it comes to powering Monica 2, it’s possible that the SIZE of the battery is not very important at all; it could well be that it’s the BRAND of battery that’s most important. Although we haven’t put them head-to-head, our recollection of the sound of the car battery (not a Century Yuasa and not a Trojan) is that, as a power source for Monica, it was actually superior to the sound produced by the 600AH Century, despite being only about half the size of the Trojan and an eighth the size of the newcomer.

There’s probably only one way to decide the issue: to do a series of tests using batteries of, say, three different sizes and, say, five different brands. That could be expensive, and would certainly be time-consuming (and it won’t be us who’ll be doing it!). In the meantime, however, Denise and I would put brand ahead of size, and, when our Trojan finally dies, we’ll be buying a – smaller – TROJAN replacement to power our Monica.

[yeo’s comments : yes, battery makes to me is more important than capacity. i have been very happy with a yokohama rechargeable sealed lead acid until i tried a hitachi one day at an insistence of a customer. oh my! never going back to the yokohama now. call it their secret sauce if you which but the chemical composition of the battery definitely affects its performance.]

FURTHER THOUGHTS
It might be speculated that the new battery bank needs to be run in: after all, its six cells are linked by copper buses that might be likened to interconnect cables, and these, at least, might need to be broken in. I doubt that this is an important factor though, because the Trojan also outperformed a well run-in standard car battery (see ‘Batteries and PSUs’). Nevertheless, Denise and I will do some more tests after the Century has racked up a couple of hundred hours. Long before that we’ll clean all contacts between cells and apply a contact enhancer, to see if that makes a difference.

Perhaps the copper buses that link the cells are acting like small antennae for RFI or other grunge, but, having done extensive tests in this respect on other aspects of our system, I believe that can be ruled out.

Is the superior performance of the Trojan with Monica the result of its being a SEPARATE power supply for her? I would say no: in our earlier comparison of the Trojan and a car battery the Trojan outperformed the smaller battery even though it (the Trojan) was also powering the rest of the system.

CONCLUSION
Before our tests I would have smirked if someone had suggested that the SORT of 12V battery you use could make a difference to how Monica sounds. I recall now that Yeo has reported just this possibility, as a result of the experience of a few DIYers, and I remember that I was sceptical when I read that. After all, the battery just supplies 12V DC, ultimately to be massaged by Monica’s circuitry anyway, and above a possible minimum why should even size make a difference, let alone brand? I’m not willing to speculate as to why, but our tests suggest that brand certainly DOES make a difference. Our most recent tests and the earlier ones, taken together, also suggest that size related differences – if they exist at all – might be so subtle that they can be disregarded.


In addition to brand, perhaps battery TYPE makes a difference: nicad (or nickel hydride or lithium) versus lead acid; or even SLA versus the more traditional flooded lead acid battery. It’s quite possible that a certain sort of active PSU, in a particular system, will sound better than ANY battery. And does a particular battery type, or brand, sound equally good in all systems? Possibly not. A rich playing field awaits the dedicated experimenter and tweaker … 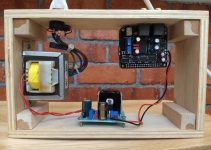 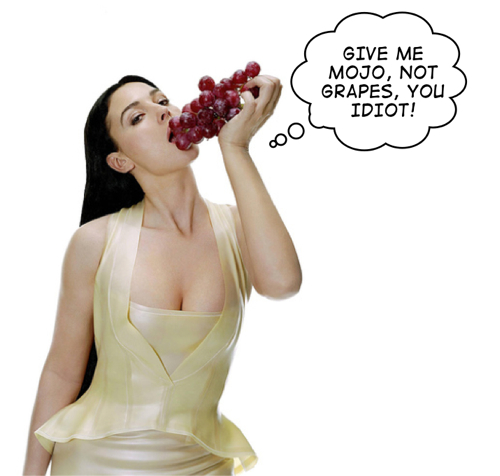