Home
Learn, learn, learn...
What I’ve done over the past few months to improve my system…

Just because I’ve been quiet lately, doesn’t mean I’ve gone AWOL. Actually I have busy pursuing other interests as well as playing around with audio.

Okay, here’s just a few things I have done over the past few weeks (or is it months) to improve the sonics of my system.

First thing first. Monica!
Even though I specified 220uF in the Mojo power supply for TDA1545, I had only 100uF when I tried her out. Thus with Black Gates Super E, total capacitance is 200uF. But the PCB was designed for 220uF Super E, so that’s 440uF capacitance in total.

So after finally ordering these caps, put them in and.. Wow! Lower noise floor! By my dummy ears, I’ll say around 2.7896dB quieter. Okay! I made that up! But it’s at least 2dB quieter as I have to crank an additional 3dB setting to hear hiss coming out of the speakers. Err, mind you, these are ~100dB speakers… 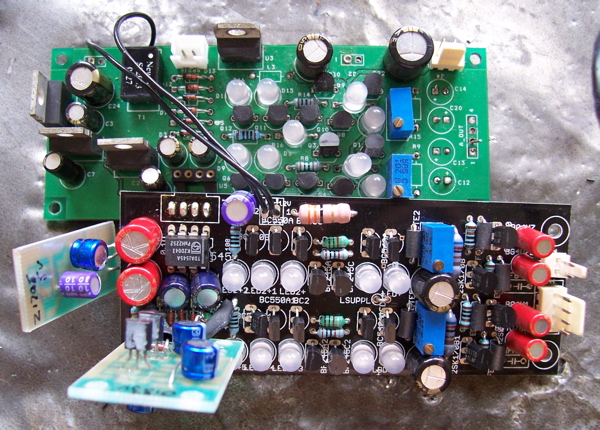 The above pic shows Mojo integrated with Monica3. You may notice there are a few additional modules there… Blame the 2 Pauls (Needs and Hynes!)

Paul Needs told me about these modules he got from Paul Hynes. According to him, major improvement to Monica’s sonics! Well, you know me, if anything could milk more honey out of my lady (err I mean ma dac), I’ll go for it!

So after I got the 5V and 0.83V regs from Paul Hynes, incorporated them into Monica + mojo. The 5V reg is actually a “super shunt” so it still needs a constant current source, and what better CCS than Paul Hynes’ CCS2? The 0.83V reg is fed off the 5V reg. So what we have is this :

CCS2 —> feeds 5V super shunt —> feeds 0.83V reg
By doing this, the 0.83V reg is accorded 2 additional levels of regulation and filtering. Of course, you could go the whole nine yards (or more) by incorporating another shunt reg like Paul Needs did, with a 10V shunt reg feeding a 5V shunt reg, then a 0.83V reg… As you could see, it gets quite a mouthful very quickly.

With these mods, Monica + mojo improved a whole new level! If before, you have been stunned by this combo, now you’ll be peeing in your pants! Well, assuming you haven’t done so. Hee hee…

Both the 5V and 0.83V regs should be in stock couple weeks later.

Err, just realized the CCS2 has been obscured by the 0.83V reg in above pic…

Next comes Charlize!
First thing I did was change the power supply. Have been so happy using this Hitachi battery which out of all the batteries I tested, gave me the widest grin. I actually got a Paul Hynes PR3 earlier and did the power supply for Gabriel, but I never got to listen to it in my system as Gabriel liked it so much he wouldn’t let me take it back! 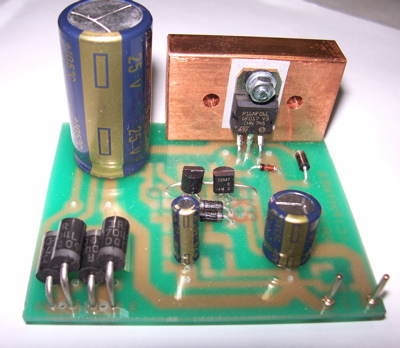 So I have to buy my own! After getting it and building it, finally had the chance to access how good Charlize is, if fed better power. Well, she didnt’ disappoint! This PR3 reg gave Charlize some REAL muscles. Don’t misunderstand me, she didn’t appear to be lacking in the bottom end all this while, but with PR3, she shows she could go REAL LOW… How low? I swear my Hedlund horns give up at 50Hz, but now feels like she boogies lower than that. So much so that now we could hear our 80kg (plus stands) Hedlund horn enclosure struggling to hold itself together with all the bass notes! DIG THAT!

Couple months ago, bought this Stillpoints ERS fabric. The sales copy is very interesting. An average of 50dB attenuation from 10MHz to 17GHz! Wow!

Of course, I can’t test this figure but I could use my crummy ears and see if I could hear any difference. After all, whatever spec means moot if I can’t hear any sonic improvement. 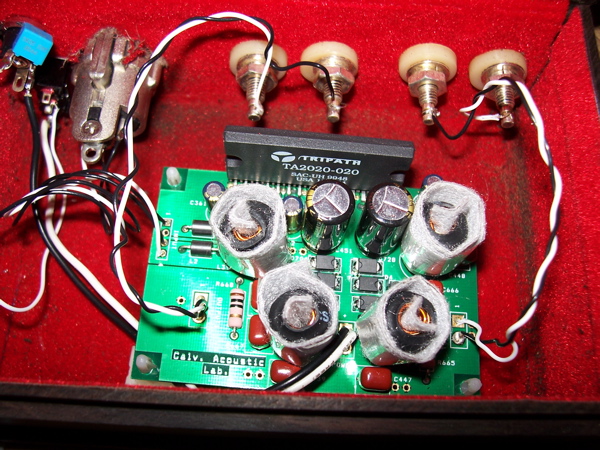 Tried inserting strips in the center of the air core inductors, but couldn’t hear any difference. Wrapped around the inductors… Yes! Not surprising as the inductors are coiled such that the fields radiate outwards. Improvement isn’t as huge as all the previous tweaks on this page, but worth your time and effort! Certain instruments like cymbals gain “body” and “definition”, if it was a mash of splishy-splashy noise earlier.

And the tweak is so easy to apply! Definitely reversible. Just be careful not to come into contact with any solder joints or component leads as the ERS paper could be conductive.

But we are not done yet! Last but not least, installed 2 pieces of this wood diffusor behind my horns. 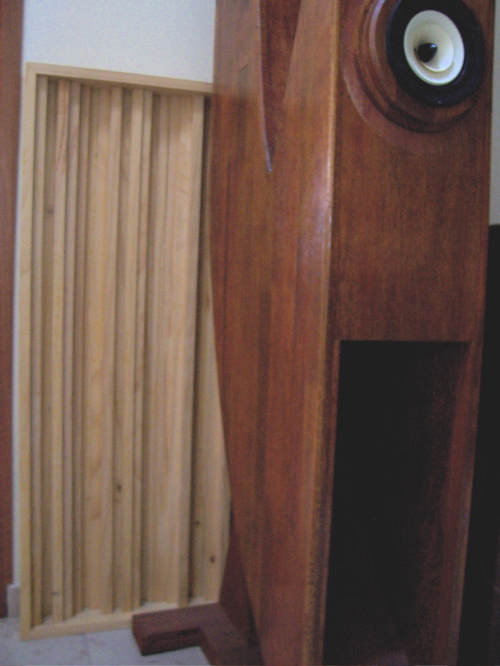 Few months ago, visited an audiophile friend about 300km away and had quite an epiphany listening to his system. You see, I kind of regard many of the audio “tweaks/accessories” as snake oil – at least those that I can’t understand. Usually will just attribute any sonic improvement as psychological rather than real improvement. So imagine our surprise to come across this audiophile who has almost ALL the tweaks one could think of.

And listening was a revelation! The host was kind enough to let us listen with and without some of the tweaks. After just few seconds of listening, I was shocked. Gabriel was shocked.

From now onwards, we only regard the hyper inflated price as snake oil, but not the sonic improvement!

For starters, I’ll start with something I could understand and believe. Yes, no snake oil here. Just a simple diffusor. Will progress and experiment with other stuffs later.

All in all, it has been a fun journey but you know with audio, this journey never ends! 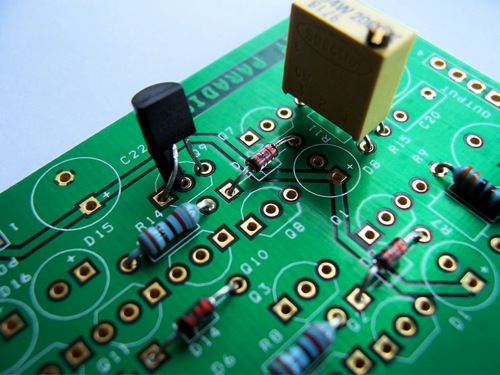 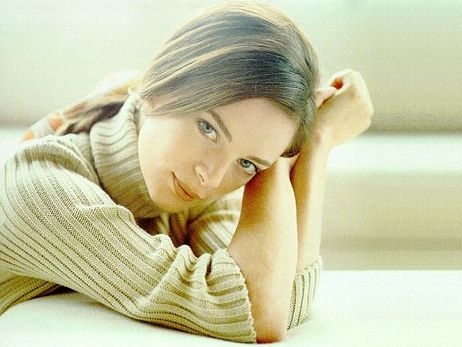