No ordinary Darling but the Matrix Darling.

Return of the Darling

Yeah folks, all this travelling from my day job has me listening more to elevator music than my humble setup. This is NOT good.

So the idea came to build a small amp, as compact as possible, so that I can bring it around. And what better than the humble little Darling amp? It’s been almost 2 years since I dismantled the previous “super mojo” Frankensteinian version. 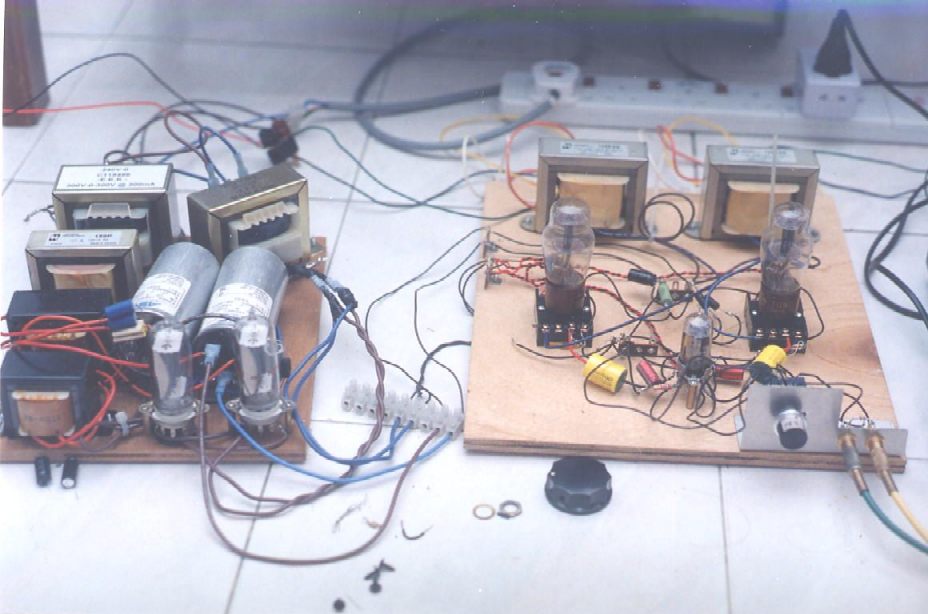 OK, enough nostalgia. A Darling amp at 0.7W should be tiny, compact and cute right? The above, weighing more than 15kg for the power supply alone is more “Beast” then “Darling”. So the below transpired.

However, just building another Darling amp won’t be fun right? So there’s a twist. The output stage is no conventional SE but the Matrix topology. No, not that Oracle, The One, Zion blah blah nonsense but this topology rediscovered by the venerable Steve Bench. (Thanks Steve!) Since I’m using toroidal power trans as output trans, I adapted the wiring ala Steve’s 7695 version.

With 3 pieces of toroidal iron and the cool Matrix topology, we have a very small/compact/tiny/cute/darling Darling amp! 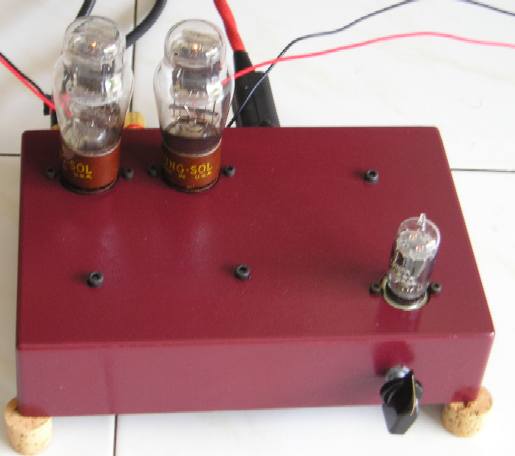 Note that the output stage consists of 2 toroidal power trans. The top 2 drawn trans are actually from one trans. Ditto the bottom 2. Sorry, my software can’t draw it right. Err, actually I can’t draw it right…
If you find the Matrix topology hard to understand, look at this simplified version. 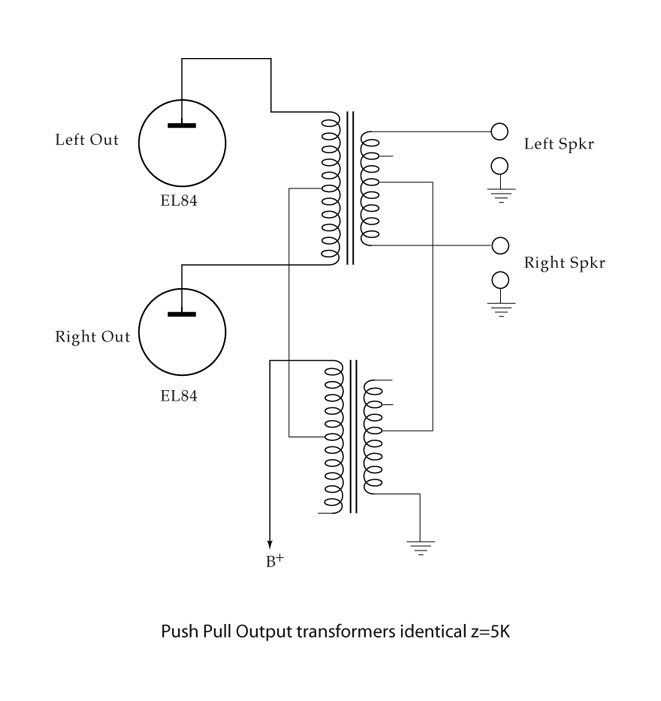 Uncommon signal will go through the first trans. If this doesn’t make sense, well, it works exactly like a center-tapped interstage transformer.

The common mode signal will be rejected by the top trans but fed to the bottom trans and mixed back at the secondaries to the speakers. So dissimilar trans won’t work!

Unfortunately the above configuration has unbalanced DC current on the bottom trans. This is where parallel feed comes in. Steve used a ridiculously small 1.5H as parallel feed choke! But this doesn’t matter to the Matrix topology as there’s still plenty of bass. Due to size considerations, I can’t fit in a choke (look at above pics). So I fitted in a 1kohm resistor. Works just as well. I can’t fit in a big 30uF DC blocking cap too so 5.6uF it is. The output trans are actually ILP power trans with primaries of 110-0V, 110-0V and secondaries of 9-0V, 9-0V. 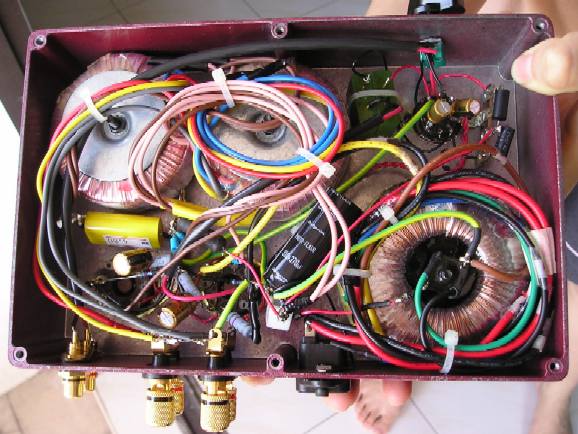 The internals is a cosmopolitan for rats!
Note that with chassis this small, component selection is based more on physical rather than sonic reasons. They choose themselves! The power supply electrolytics are photoflash caps, due to size. Signal coupling is via 0.1uF silver mica (I think it is silver mica) which went in, because of its size. 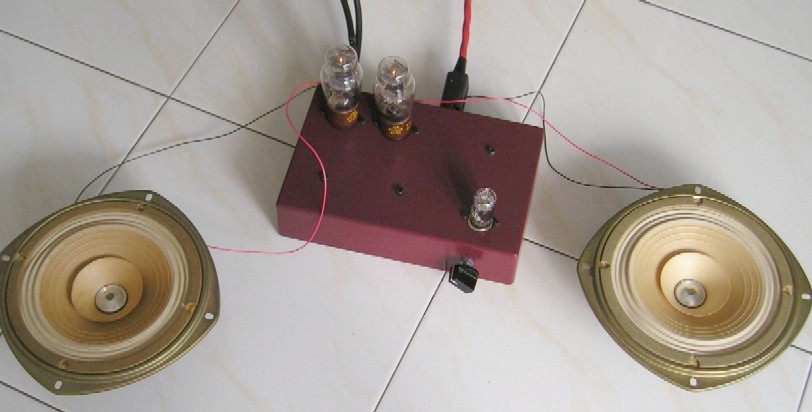 Yup, seen here driving a pair of Coral Flat 6s.
Sonically, it really sounds louder than the original Darling but this is based on my lousy memory. : (

The background is not as pitch dark as my reference system but then I economized so much on the power supply, so this could explain it. There is some channel crosstalk. It could be due to so many reasons I haven’t even started figuring out. Look at the wiring and tell me could there be crosstalk?! I think I’ll snip the wires after I’m done with modding it.

So there you have it. This is the cheapest/smallest tube amp I have ever built. Darling in all its glory!